The @cache directive enables to cache the result of a heavy-to-compute operation. The first time the field is resolved, the @cache directive will save the value in disk or memory (Redis, Memcached), either with an expiry date or not, and from then on whenever querying this field the cached value will be retrieved and the operation will not be performed.

For instance, this query executes the @translate directive, which does a single connection to the Google Translate API and performs the translation of the posts' titles:

Assuming this is an expensive call, we can cache the field's value after the first response. This query achieves that through the @cache directive, passing a time expiration of 10 seconds (not passing this value, the cache does not expire):

Directives in GraphQL are applied in order, so the following queries are different:

The first time we execute the query, we obtain this response:

The 2nd time, executing the same query within 10 seconds, we obtain the same response, but a log also informs us that the value is coming from the cache:

Please notice how the log indicates which are the items that have been cached. If we increase field post's limit to 6, and run again within 10 seconds, the already-cached 3 items will be retrieved from the cache, and the other 3, which had not been cached yet, will be retrieved fresh through Google Translate: 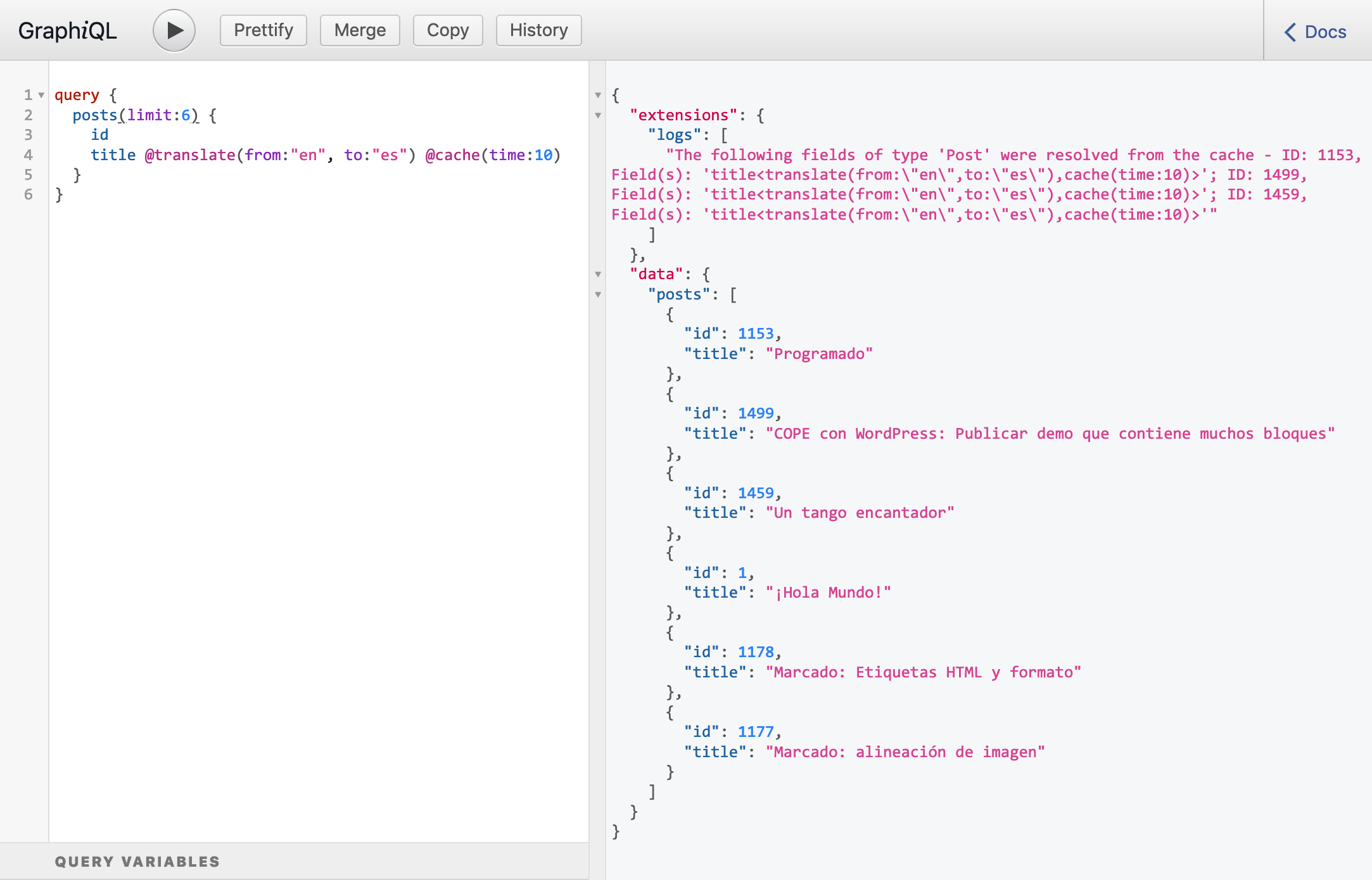 If we run it again, now all 6 items will be cached: 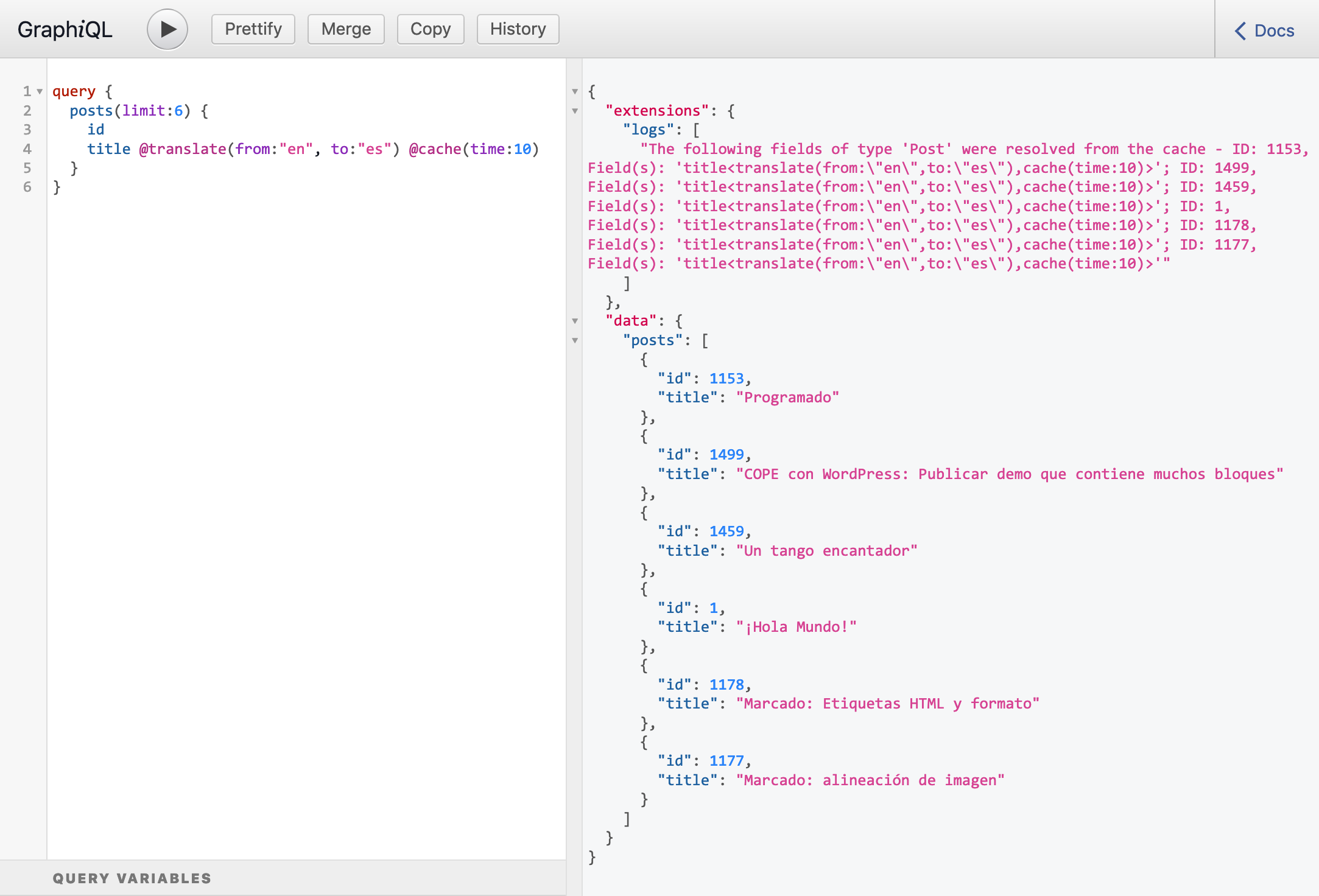 By default it stores the cache in the file system, through the Filesystem Cache Adapter, as configured in file services.yaml from package Component Model: